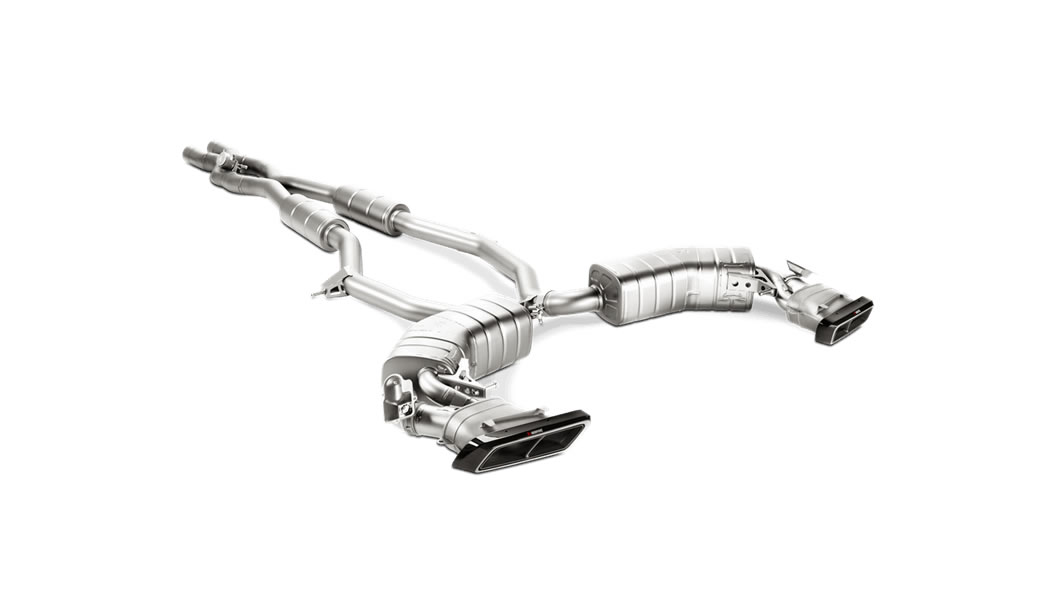 The ultra-light Evolution Line exhaust system for the S 63 AMG Coupé is made entirely from the highest quality titanium and includes parts cast in the company’s in-house foundry. This revolutionary new system features an active X-connection for the first time, which is perfectly formed to allow exhaust gases to mix from both sides of the engine. The system has been created with durability in mind as well as performance using special titanium alloys – which are 45% lighter than steel and 47% lighter than the stock system. The Evolution Line features a unique sound profile that sets off the engine’s cylinder firing sequence to its full potential. Through the use of the car’s own electronics and the Akrapovič Sound Kit, different sound characteristics are available through the control of the active X connection – which features a guided and precisely machined valve flap to alter the tones. With the valve flap open the sound is fuller, more continuous, and resonant, but in the closed position the system produces a pure, strong roar reminiscent of a muscle car. With an impressive increase in the power and torque curves across the entire rev range, this system also improves the performance of the V8 biturbo engine. It features for the first time a special technique of seamless integration between the titanium and carbon-fibre composites to create a continuous finish for the system’s tailpipes and show the system off to its full extent.

Please be aware that both part numbers- MTP-ME/T/1H and E-ME/T/2 have to be ordered! The system is splitted in 2 codes only because of packaging issues.

The spec on this ballon white pear SVJ Roadster is

Team no stripe GT club. Which ones your favorite N

This Lamborghini Aventador S came in for #hres111s

Help us modify this Aston Martin DBS. Swipe for wh