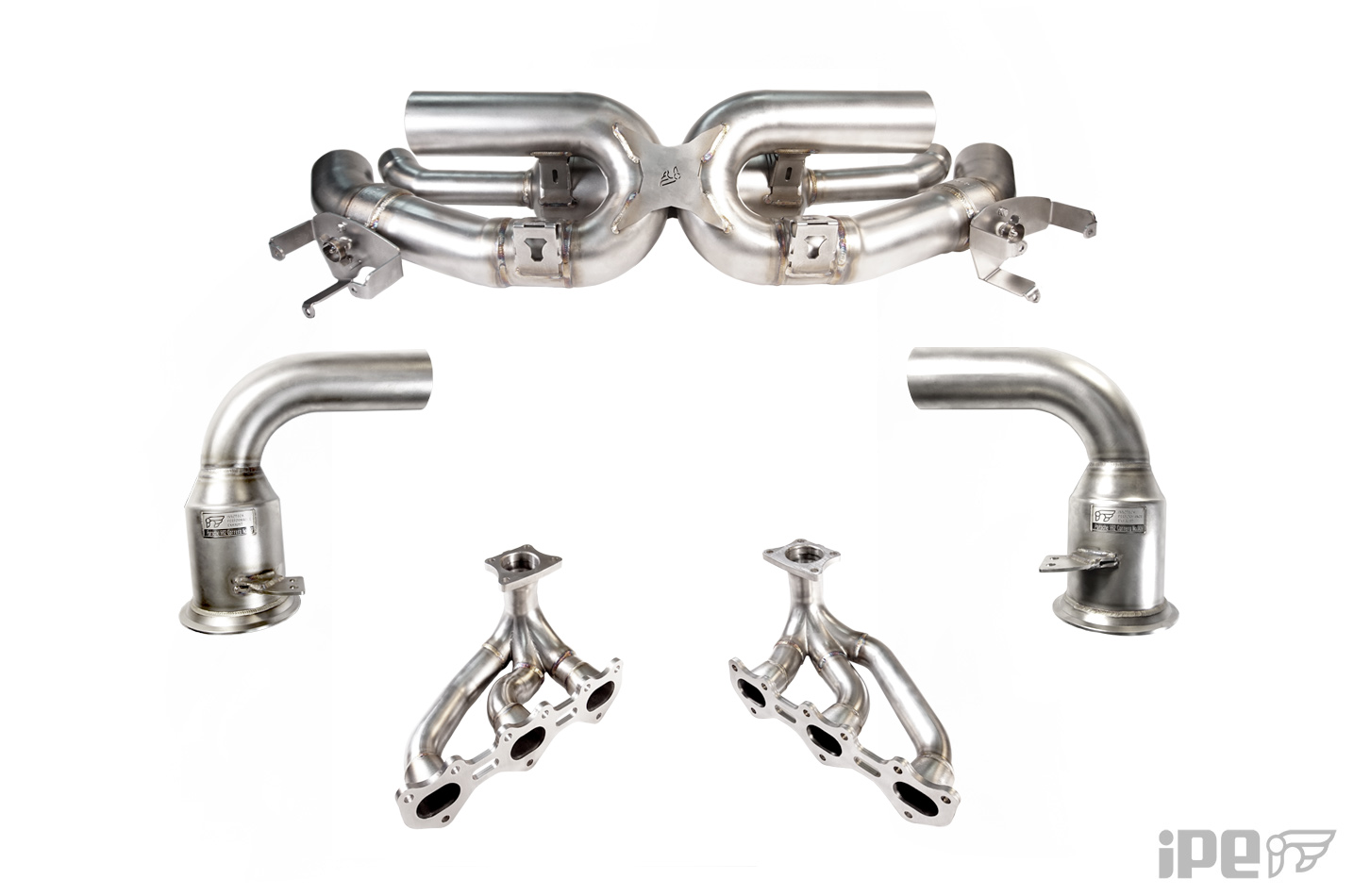 *Please confirm whether your car has an “OPF system” before placing an order.

However, in order to comply with the Euro 6/VI emission standards. The original 992 series of sounds are too quiet, losing the enjoyment of high-performance sports cars hearing.

To help the 992 Carrera find the sounds that the sports car deserves, iPE also tried a full pass-through design without any noise reduction function during its development and created a prototype that is as fierce as a beast.
But the full-through design not only makes people unbearable when “valves are open”, but also only reduce 3 ~ 5db even when “valves are closed”.

Therefore, iPE decided to use the small muffler as the 992 exhaust’s design. When the valve is closed at 3950rpm, the decibel is only 103 ~ 104db, and after the valve is opened, it is 114 ~ 115db, and you can get a loud POP sound within 1 second after the throttle is retracted. With the headers, the exhaust is smoother and the acceleration in the high-speed range is extended.

Visit our @youtube channel to watch our last episo